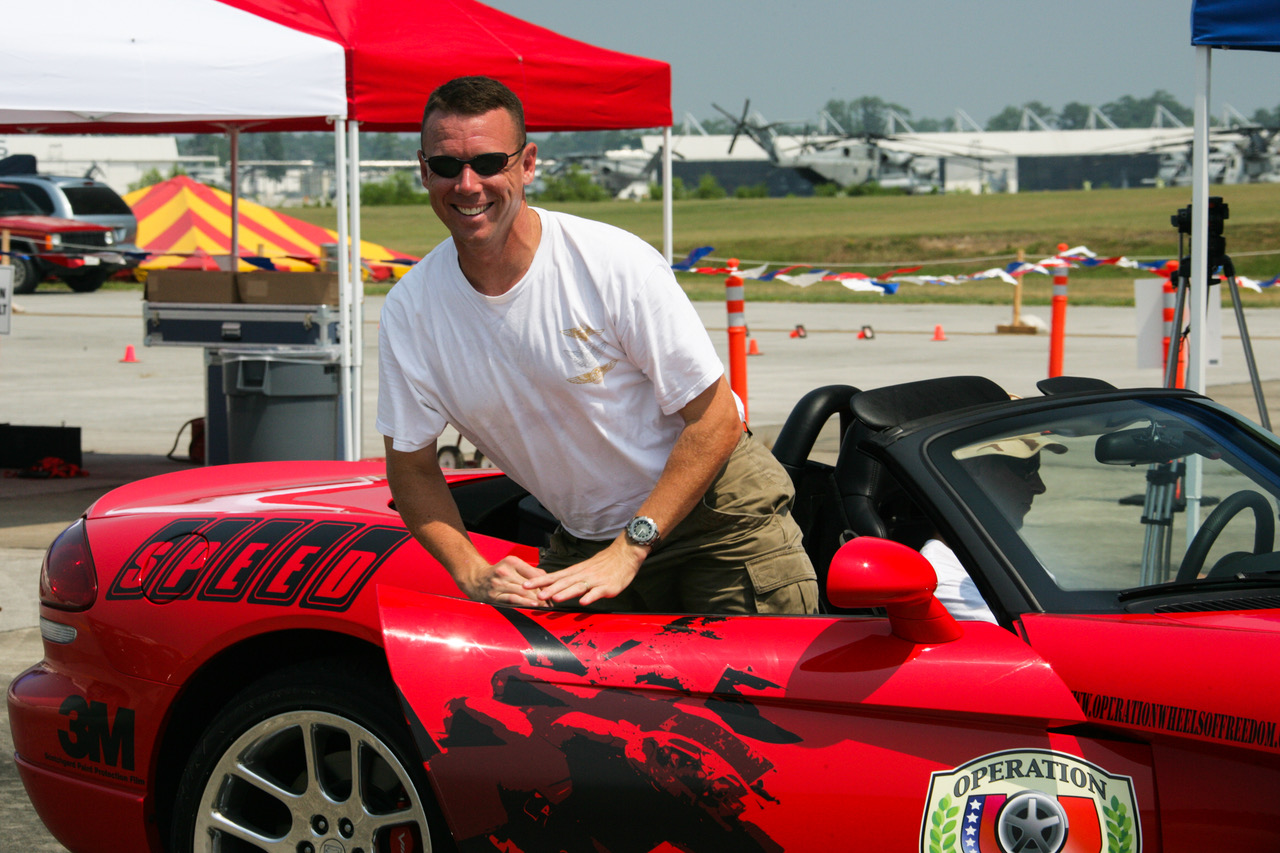 Though the OWOFF was meticulously formed to honor, entertain and educate American military personnel, even the best-laid plans are not immune to start-up and implementation challenges. Over its nearly two-decade existence there have been two unavoidable but significant stuttering points for The Foundation.

This first occurred when the original mission to deliver a motorsports salute to the troops stationed at Camp Anaconda, Iraq was cancelled. The second was years later when Foundation Directors dissolved the original OWOFF non-profit business entity.

The original OWOFF event plan called for the delivery of its safe driving campaign directly to deployed servicemen and women overseas at Camp Anaconda in Iraq-- the actual base from which Cptn. Postin sent his original request. Despite Camp Anaconda's status as an active war zone, OWOFF event planners were confident in their ability to deliver a secure and effective experience. But in 2005, a hostile military surge required that the Pentagon call for a cancellation of any in-country activation over heightened security concerns. 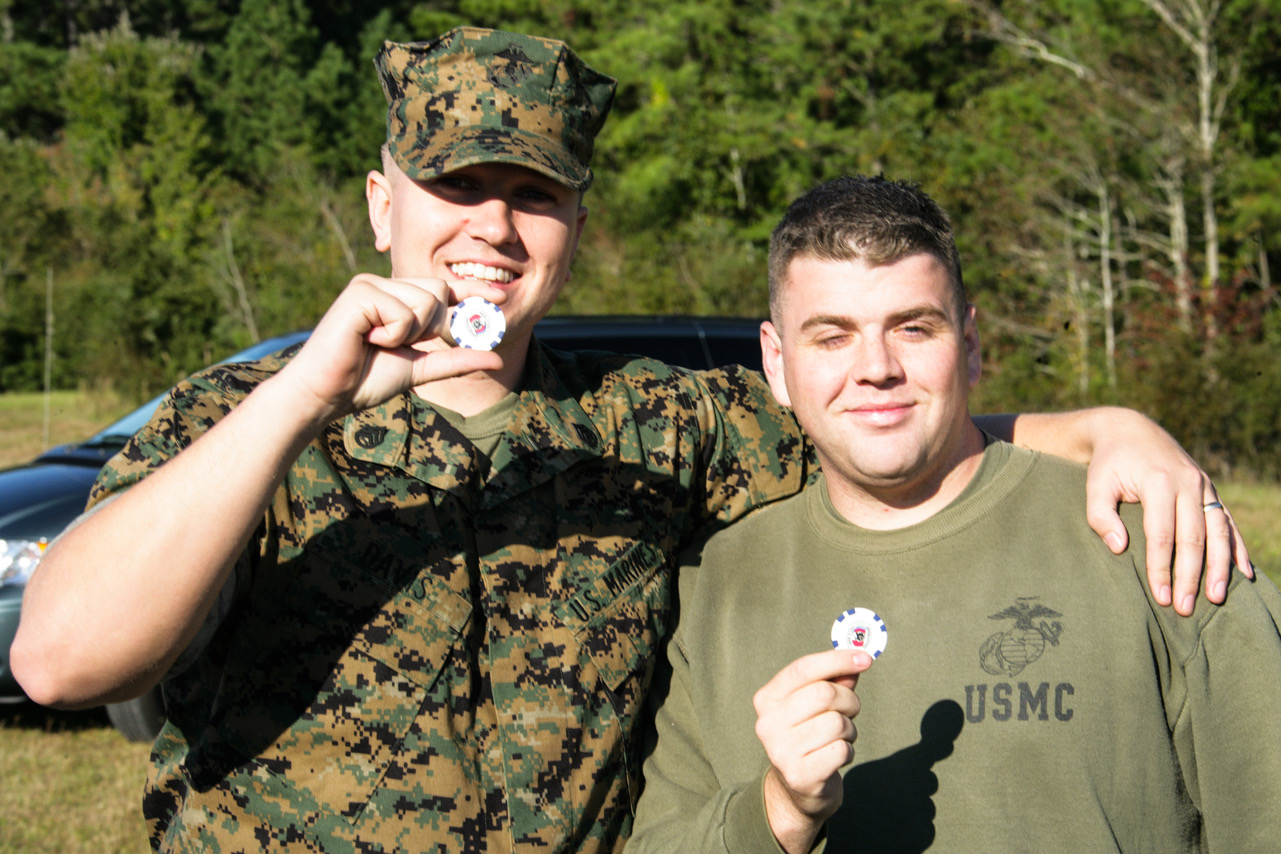 As One Door Closed, Another Was Opened

Undeterred and still passionate about their mission and message, Foundation directors and producers immediately revised planning to refocus on a stateside activation, this time designed for U.S. bases and focused on military personnel coming home from their overseas deployment. This revision revealed a further silver lining as producers discovered that the elimination of logistics cost associated with overseas event production meant the OWOFF program could be expanded to reach even more participants. The program tour was a decided success and every base immediately requested that OWOFF do a return engagement.

The second challenge was even more formidable and lasting. In the mid-to- late 2000s the U.S. economy was challenged by a decline that lead to a recession and the subsequent market crash of 2008; the worst recession since the Great Depression. As a charitable organization, the OWOFF did not benefit from any public funding at that time. This meant that the companies that provided support—title sponsors and foundational contributors alike-- were seriously affected and forced to cut back on most outside spending, which logically though sadly, included philanthropic efforts like the OWOFF. But great programs seldom end without outcry, and despite the economic challenges, event requests continued to stream in, ultimately totaling more than 30 unsolicited requests from U.S. bases and military installations worldwide. Still determined, OWOFF leaders continued to push for creative solutions in the face of what at the time felt like insurmountable economic factors. Ultimately, and despite maximum effort, the OWOFF had to acknowledge the financial realities of the situation and cease operations, whereupon all remaining funds were donated to the Marine Corps Community Services of Quantico, VA. Throughout its execution and despite its suspension, the OWOFF program has been a decided success and has received high marks across the board. Today, with our economy humming, the needs of our deserving servicemen and women are as important as ever, and with your support, the OWOFF is reenergized, reorganized and proud to pick up the torch again.

Our story begins as a tale of friendship. A camaraderie born of a shared passion for cars and motorsports, but one that grew more meaningful in the face of world conflict.

Many years ago, Army Captain Troy Postin met professional driver Kim Crumb at a Porsche race event called the 928 Frenzy in Summit Point, West Virginia. Mutual admiration and a deep appreciation and respect for the world of motorsports instantly cemented a budding friendship that kept Troy and Kim in touch over the next few years.

In 2003, as the War in Iraq continued to escalate, Captain Postin was reactivated and shipped out to serve his country once again. While in the Middle East, Troy and Kim continued their correspondence, communications that for both friends were now more meaningful somehow. For Kim they were an introspective and accurate view of the war—word pictures too often left unpainted by the mainstream media. For Troy, these letters represented brief glimpses of home and a respite from the stress of duty that talk of cars, motorsports and its personalities provided.

It was during one such email communication that Troy mentioned how much his fellow soldiers would appreciate seeing Kim in his 928…How cool it would be to see him tear down the airstrip or (as imaginations took flight) even race an F-14—"power-sliding" to a stop and then signing autographs for the hundreds of applauding fans who loved cars as much as he did.

Kim knew that he couldn't say "yes" to an idea like that. But he also felt that he couldn't—or wouldn't—exactly say "no" either. He didn't know how or even if it were possible, but something about the idea struck him as one that was "crazy enough to work." He was a professional driver after all -- no stranger to the business -- so the conversations continued and the concept of Operation Wheels of Freedom began to grow.

Their conversations began to center around the cars themselves. Both men were big German car buffs, but for the purposes of this program, both agreed that American metal, and muscle…aspirational vehicles that the guys and gals serving their country would love to see was what had to be featured. It would be bigger than the cars themselves. The program was about troop morale and providing a clear and manifest expression of the fact that people back home cared.

Dave Muyres—an automotive designer and friend for many years was at his desk at Johnson Controls when he got the call. A serious motorsports enthusiast with whom Kim had done several events, including the Cannonball Run, he had not let Kim finish his description of the idea before he was onboard and ready to discuss next steps.

Now a triad, the three began thinking about where they could turn to generate more momentum. The already problematic undertaking was made even more so when Troy pointed out that if the program were to be produced at all, it would have to be done prior to the Middle East's summer season. With daily temperatures topping 100 degrees, and a meteorological menu that all too often included sandstorms, the climate becomes so oppressive from May through September that any such event would be virtually impossible to conduct.

The program had to come together fast so Dave suggested they turn to his friend, Dutch Mandel, editor of AutoWeek magazine. If anyone could get the ball rolling, it would be Dutch. A highly regarded journalistic talent, businessman and automotive pundit, Mandel was perhaps the one man in Detroit who knew the people necessary to bring an effort like Operation Wheels of Freedom together in the almost laughably short time that was required.

Dutch eagerly embraced the challenge. The vision of a program that put unarmed civilians in harms way; featured brand new and expensive American muscle cars that nobody yet owned; that had to be designed, developed and logistically implemented in less time than it takes most families to decide on a vacation destination, and knowing that he had to help enlist the necessary partnerships from a host of big businesses including securing expensive vehicles from each of the "Big 3" didn't seem to matter to Dutch. In his words: "It seemed like the right thing to do."

To the question, "What happens when we're faced with objection…when they say 'no?'" Mandel replied: "I'm going to shame them into doing their patriotic duty…"

…and the team knew they had found their man.

With no time to waste, Dutch immediately phoned his long-time acquaintance John Graffius. John was widely regarded as one of the top executive producers of experiential automotive events in the nation. With more than 25 years of experience in the event business, including first-hand overseas experience with a program staged for US Military audiences, Graffius was the final piece of the design and logistics puzzle.

In a short six weeks the Operation Wheels of Freedom Team had not only swelled its ranks with logisticians, engineers, drivers, videographers, directors, writers and producers, it had also secured the financial and vehicular support of each of the "Big 3" in addition to several other corporate sponsors.

These efforts left just one final hurdle to overcome: gaining the support and approval of the Military. As compelling as the program was and is, the idea still needs military base approval—especially during a time of war. Program leaders worked quickly to present the program to the right military decision-makers... a herculean effort that included thousands of calls, meetings in DC and requests into the USO, MWR, MCCS, the Pentagon, various safety offices, CENTCOM, even Secretary of Defense Donald Rumsfeld's office, before ultimately securing approval. Finally, with a highly motivated team, the support of many great patriotic sponsors and an approved request from the Marines, we were ready to go. 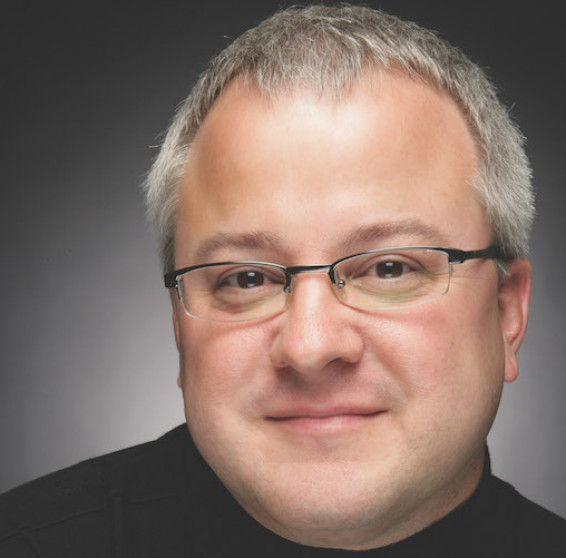 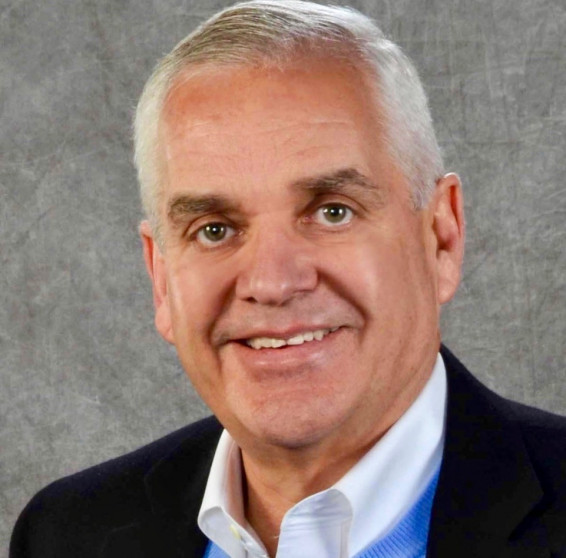 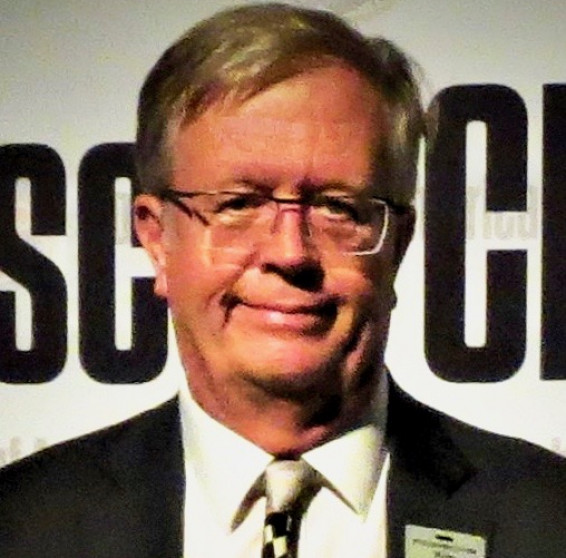 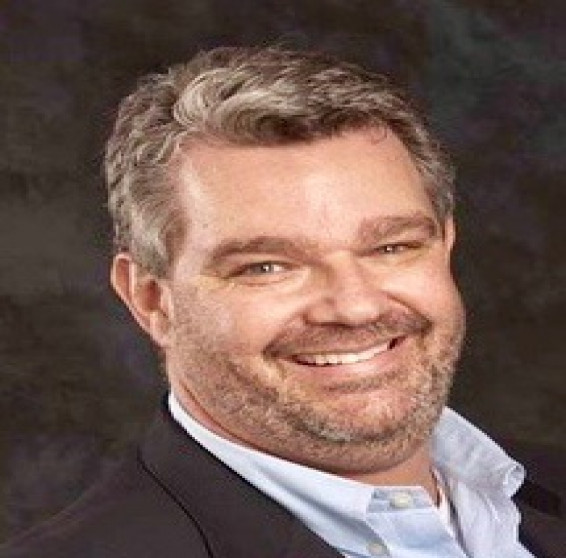 What OWOFF team members do is quite simple really…we bring our Foundation's mission statement to life. Our team combines the resident professional skill sets from a cross section of the automotive industry: designers, engineers, instructional designers, journalists, professional drivers/instructors, event producers and others to honor, entertain and educate U.S. Military service members and their families.

Our programs are intended to honor and educate service members who have recently returned from overseas deployments. Our highly-acclaimed and very entertaining experiential driving program gives participants hands-on driving experience. Following classroom instruction, students are paired with a professional driver/instructor who becomes their in-car mentor. Proudly and attentively seated behind the wheel of a high-performance automobile the entertainment and education soon crystallizes. The end result, lasting memories for participants to recall and valuable vehicle control lessons for them to apply. 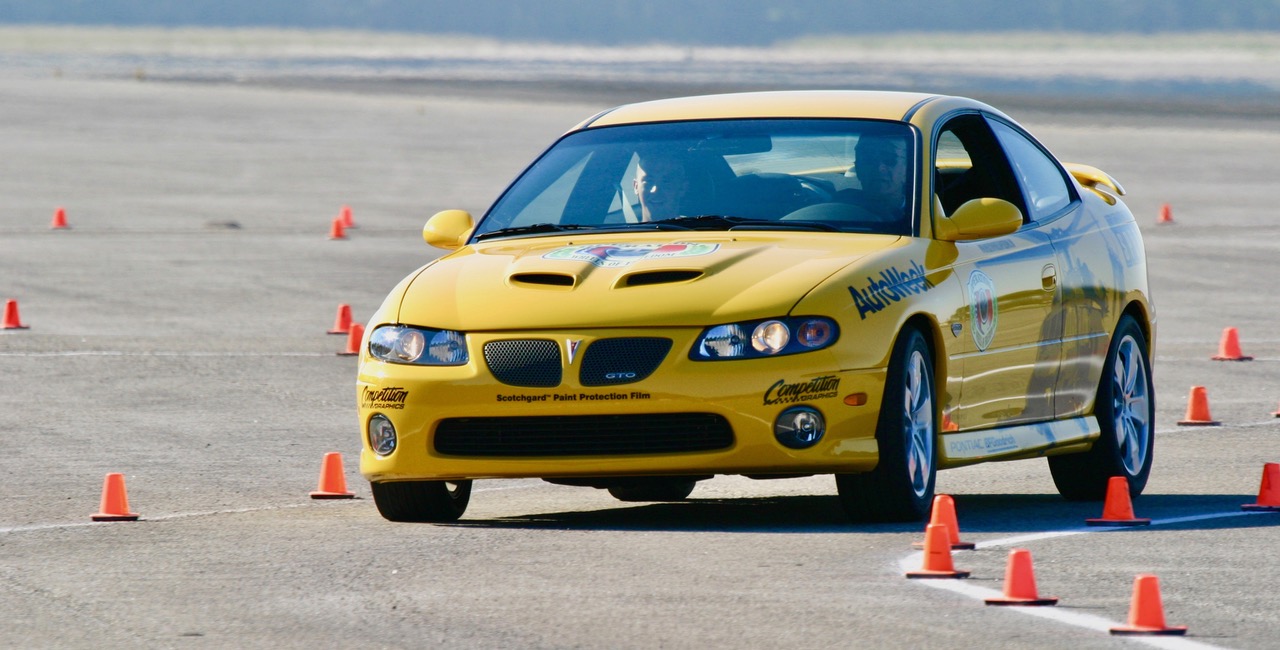